The 4 stages of COPD 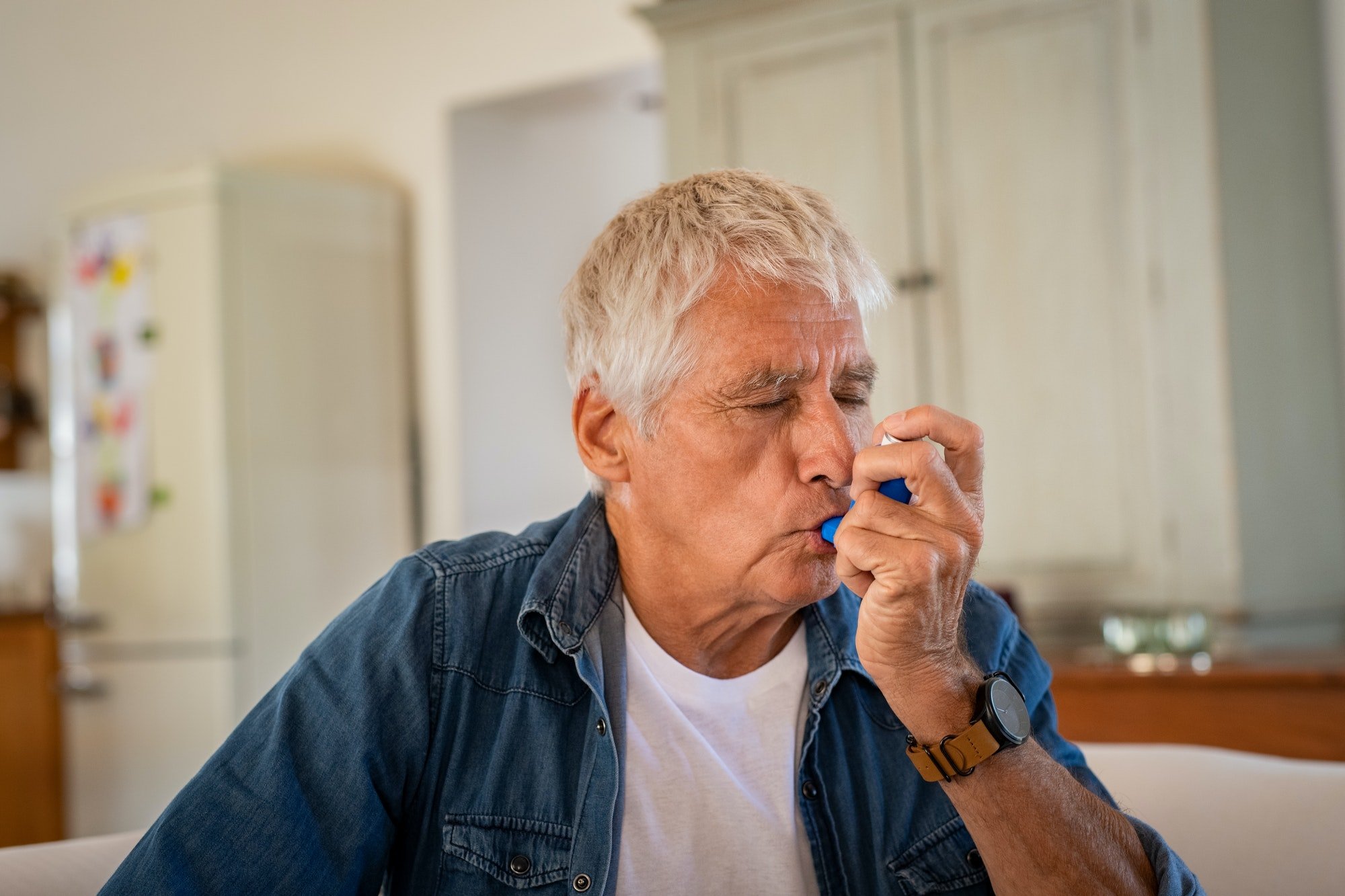 It is not uncommon that many of the symptoms presented initially within the diseases differ from those noticed later. There are several ways to diagnose and properly stage Chronic Obstructive Pulmonary Disease, often based on the symptoms.

Shortness of breath (dyspnea) is the most prominent symptom of COPD. This symptom may occasionally occur with exertion early in life but eventually can lead to breathlessness while doing simple tasks or standing up or walking to the bathroom.

Signs and symptoms of COPD include:

Symptoms often increase in severity as the disease progresses from mild to moderate to severe:

The Four Categories of COPD

Patients are categorized into four groups by the Global Initiative for Chronic Obstructive Lung Disease (GOLD). The staging is based on the results of a pulmonary function test that measures the volume of how much air you can forcibly exhale. The forced expiratory volume in one second (FEV1) of a standard predicted value is measured based on the patient’s physical parameters.

The staging of COPD by the GOLD guidelines is as follows:

The first stage of COPD is labeled as mild. You may not notice any symptoms or have any difficulty with your lung function during this stage. Your FEV1 will be graded as grade 1 COPD if it is between 80 and 100 percent of your predicted value.

Those with a grade 1 on their spirometry test may not have alarming symptoms. If there are symptoms in the early stages, they may be confused with the flu, as most typically develop a cough or have increased mucus production.

Your doctor may prescribe a bronchodilator medication to open up your airways if you have stage 1 COPD. Inhalers or nebulizers are usually used to administer these medications.

As a preventive measure, your doctor may recommend flu and pneumonia vaccinations if your respiratory symptoms are getting worse.

You may slow the progression of COPD by changing the lifestyle habits that led to its development. Smokers are more likely to develop COPD. The most important thing you can do to improve the outlook of the disease is to quit smoking and avoid secondhand smoke.

COPD is classified as stage 2 or mild/moderate when your FEV1 drops to 50 to 79 percent of your predicted value.

Symptoms progress from stage 1 and get worse during stage 2. During this stage, symptoms become more noticeable, and people will most often seek medical attention. Most will notice an increase in mucus production and a more severe cough associated with shortness of breath when walking or exercising.

Your medical provider may suggest pulmonary rehabilitation, a group class that increases awareness about your condition. This class is offered to help educate those with COPD on managing it.

You may be given bronchodilator medication to make breathing easier, relax the muscles in your lungs, and widen the airway in your lungs.

It may be necessary to take steroids or oxygen during a flare-up of symptoms.

COPD is considered severe when it reaches stage 3. At this point, your FEV1 is within 30 to 50 percent of what you predicted it to be.

You may not leave the house and may have trouble catching your breath doing household chores.

The symptoms associated with COPD in stage 3 may include difficulty catching your breath doing simple tasks such as chores or may even limit your ability to leave the house. Your shortness of breath and coughing may worsen, and you may often get flare-ups. You may also find that you are more sluggish and overall more tired than before.

Other potential symptoms can include:

Treatment options in Stage 3 and Stage 2 are alike, but you will have a higher probability of needing oxygen at this stage.

By Stage 4, COPD is diagnosed as very severe. Your FEV1 is less than 30 percent of your normal value, and your blood oxygen levels will be low. You’re at risk of developing organ failure, more specifically heart or lung failure, at this stage.

By Stage 4, you may have even more difficulty breathing even when you’re at rest. You also more than likely will have more frequent flare-ups that can be potentially fatal.

The treatment options during Stage 4 are similar to those in previous stages. Your doctor might also suggest lung surgery to improve breathing.

What is the end-stage of COPD?

Stage 4 is often referred to as end-stage COPD. It is the highest grade you can receive. At this stage, quality of life is minimum, and flare-ups can be fatal.

COPD lowers your life expectancy, but many other factors determine the number of years it will affect someone’s life expectancy. Some of these include what stage you are classified in or whether you have made lifestyle changes such as quitting smoking or other lifestyle habits contributing to COPD.

In 2009 found an association between COPD and a shorter lifespan for nonsmokers, but a much more significant decrease for smokers or those who have smoked previously.

The study found that a 65-year-old male smoker would lose 3.5 years of smoking life expectancy.

Included were the following values for having COPD:

For former smokers, the reductions are:

For somebody who never smoked, the reductions are:

Another study from 2017 followed a group of long-term smokers with COPD for five years. Researchers found that participants who died before a 5-year follow-up smoked longer on average and quit less frequently. This study concluded there might be a correlation between COPD mortality rate and smoking time, and quitting smoking was the most influential factor in improving a patient’s COPD outlook.

Can the progression of COPD be reversed?

How to live with COPD

Regardless of your designated stage or how far your COPD has advanced, it is integral that you make the proper lifestyle changes that caused the COPD. It is imperative that you quit smoking. If you decide not to quit, it will continue to damage your lungs, and COPD will continue to advance quicker than it otherwise would.

The next most important thing is diet and exercise. Maintaining a healthy weight by eating a low-carb diet filled with protein, vegetables, healthy fats, and unprocessed foods may help manage your symptoms.

COPD used to be classified from stage 1 to stage 4 depending on your decreased lung function. Doctors now combine the results from the lung function test with other subjective measures to determine your risk of COPD.

After being diagnosed with COPD, the most significant thing you can do to improve your life expectancy and quality of life is to quit smoking.

The GOLD staging method is measured objectively, given the patient is putting forth their best effort.

You may need assistance dealing with COPD issues depending on how you are coping with your symptoms. As a result of COPD, you may be unable to enjoy some of the things you previously wanted, or it may become more complex. Air pollutants and weather conditions may worsen your COPD. If you are advancing through the stages and notice your situation not improving, follow your doctor’s advice.

If you or a loved one is in need of home care assistance, Linda’s Care Home Care offers quality home care services ranging from 24hr care, companion care, and respite care. Contact us today for a free consultation.

The winter months make it difficult for anyone to maintain a healthy diet, but it can be especially difficult for seniors to eat well during

Will Medicare Pay for Home Care in PA?

Will Medicare Pay for Home Care in PA? Most people initially enroll in Medicare near their 65th birthday when they are still physically healthy and

What to Expect in Your Home Care Career with Linda’s Care Taking care of another individual, whether that person is a beloved family member or

How Do I Get Approved for Increased Home Care Hours? 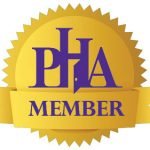